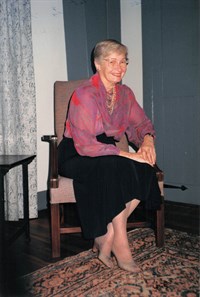 The Association of Episcopal Colleges, the American Chapter of the Colleges and Universities of the Anglican Communion, is pleased to offer a select number of Mary-Margaret Kellogg Scholarships for Episcopal students active in their churches and attending one of the Episcopal Historically Black Colleges and Universities: St. Augustine's in Raleigh, North Carolina and Voorhees College in Denmark, South Carolina.  These are $5,000 awards over four years for fees at one of the two colleges, based on successful academic progress.

For this scholarship a letter is required from the student's Episcopal parish priest and only a single letter from the high school. The deadline for applications for fall of 2020 is May 1, 2020.

Applications will be reviewed, and the scholarship recipient(s) chosen, by a committee comprising Episcopal clergy and laity, appointed by the AEC.  The General Secretary of CUAC–AEC will inform each recipient of the scholarship award and inform the school.  Qualification for the scholarship is not complete, however, until the recipient is accepted into and matriculates at the Episcopal College listed in her or his application.  Upon matriculation, a scholarship award will be prepared by the CUAC–AEC office payable to the Episcopal college for tuition or residence fees.  In order to receive the scholarship in subsequent years, the college will be asked to send a letter each year notifying CUAC-AEC that the student remains enrolled, has made satisfactory academic progress, and is in good standing.

Colleges and Universities of the Anglican Communion (CUAC) is a network of the Anglican Communion that seeks to support the mission and identity of some 150 Anglican-affiliated institutions of higher learning around the globe.  By encouraging exchanges of faculty, students, and ideas, and promoting opportunities for learning and fellowship--particularly the Triennial Conference, hosted by members in each global region on a rotating basis--CUAC helps its members see how their common Anglican identity and ethos is lived out within the various cultures in which it has taken root.  In 2012 CUAC also launched the Dr Rowan Williams Annual CUAC Lecture, which each year selects an Anglican luminary to address issues concerning religion, society, and higher education in the context of Anglican thought and praxis.

The Association of Episcopal Colleges (AEC) is a consortium of colleges with historic and present ties to the Episcopal Church. Founded in 1962 and with headquarters in the Episcopal Church Center in New York, the Association is committed to supporting academic excellence and linking faith and values with learning and service.  Diverse in curricula and constituency but united by common mission, the Episcopal Colleges represent some of the finest of the Church's work within the world.  Many are traditional liberal arts colleges; two have historically served the African American community; one was chartered to serve Hispanic immigrants; and three are outside the U.S., in Liberia, Haiti and the Philippines.